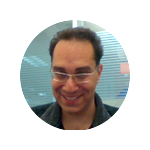 Michael Kounavis is a research scientist with Intel Corporation, working in the areas of machine learning, computer vision and cryptography. His current research focuses on adversarial machine learning. Michael co-invented Intel’s AES-NI instruction set for accelerating AES encryption, an accomplishment for which he received an Intel Achievement Award in 2008, and is one of the main authors of Intel’s intellectual property portfolio in the area of hand gesture recognition. He has published more than 60 technical papers in the above areas and holds more than 20 patents. His prior work includes an early proposal on programmable virtual networks (Spawning Networks, 1999), which was a forerunner of today’s Software Defined Network (SDN) architectures. This work eventually became Michael's Ph.D. thesis, which was awarded with distinction from Columbia University in 2004.